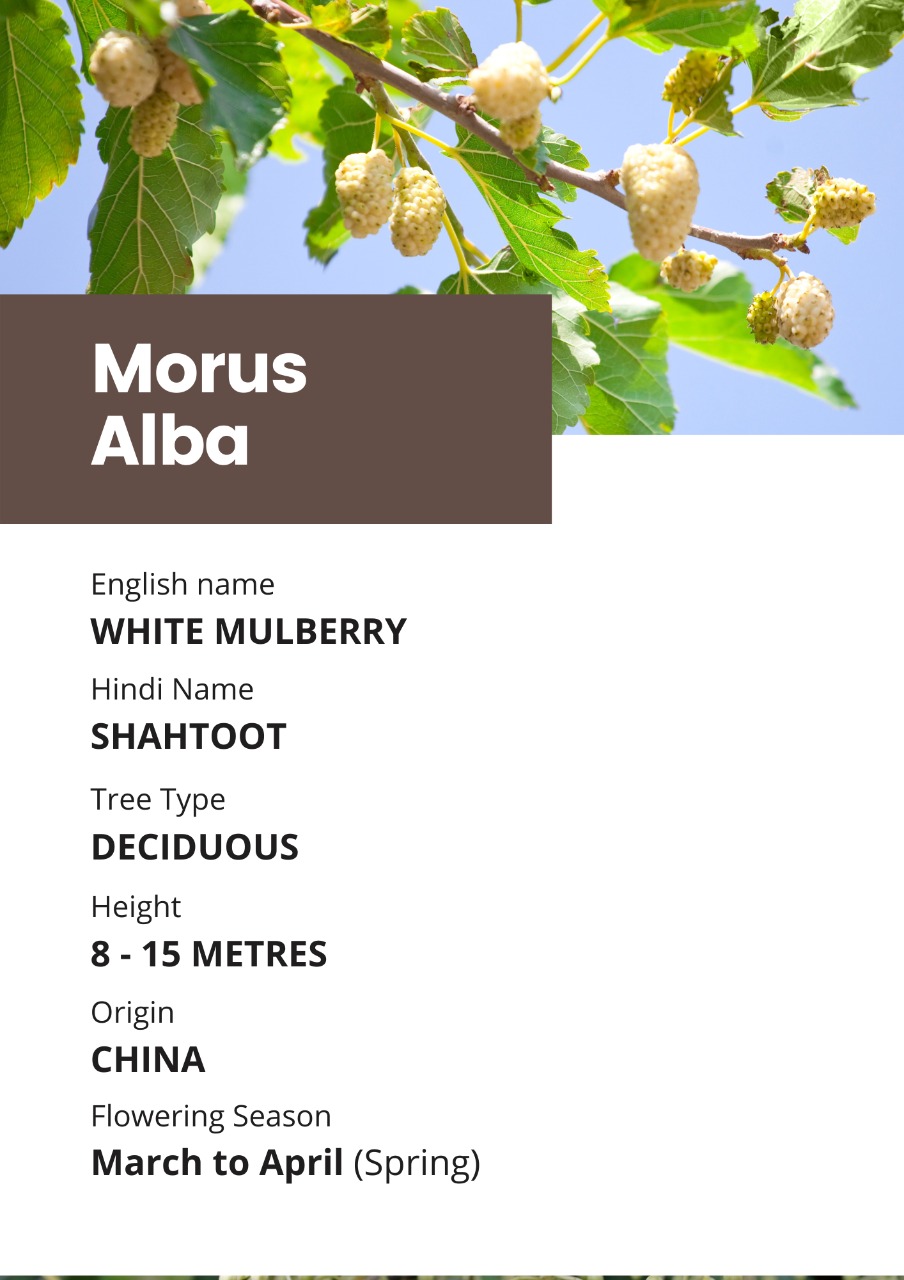 Family: Morus alba is a part of the Mulberry family.

Common Name: It is commonly known as white mulberry in English and shahtoot in Hindi

Flowering period: The tree flowers from March to April

Habitat: White mulberry is native to China but grows well in the Indian climate.

Uses: White mulberry is used to rear silkworms for silk production. The foliage of the tree is also used as fodder for livestock. The fruits are edible and can be eaten raw or dried or used as a substitute for raisins. The fruits can be made into juice and beverages. In India, the fruits are traditionally used for dyeing wool in red or purple colour. The leaves are used in the treatment of colds, influenza, eye infections and nosebleeds. The stems are used in the treatment of rheumatic pains and spasms, especially of the upper half of the body as well as high blood pressure.  A tincture of the bark is used to relieve toothache. The bark is also used to expel tapeworms.

Key features: Morus alba is a deciduous 8-15m tall tree with a dense leafy crown, generally wider than the height of the tree. Due to this reason, the tree mostly has a pyramidal shape. It has a dark grey-brown coloured trunk which has vertical fissures and is, thus, rough in texture. It exudes a white or yellowish latex. The twigs are tender and hairy and the leaves of the tree are crisped and also slightly hairy. Male flowers are smaller and do not have any sepals while female flowers are much larger and have sepals.