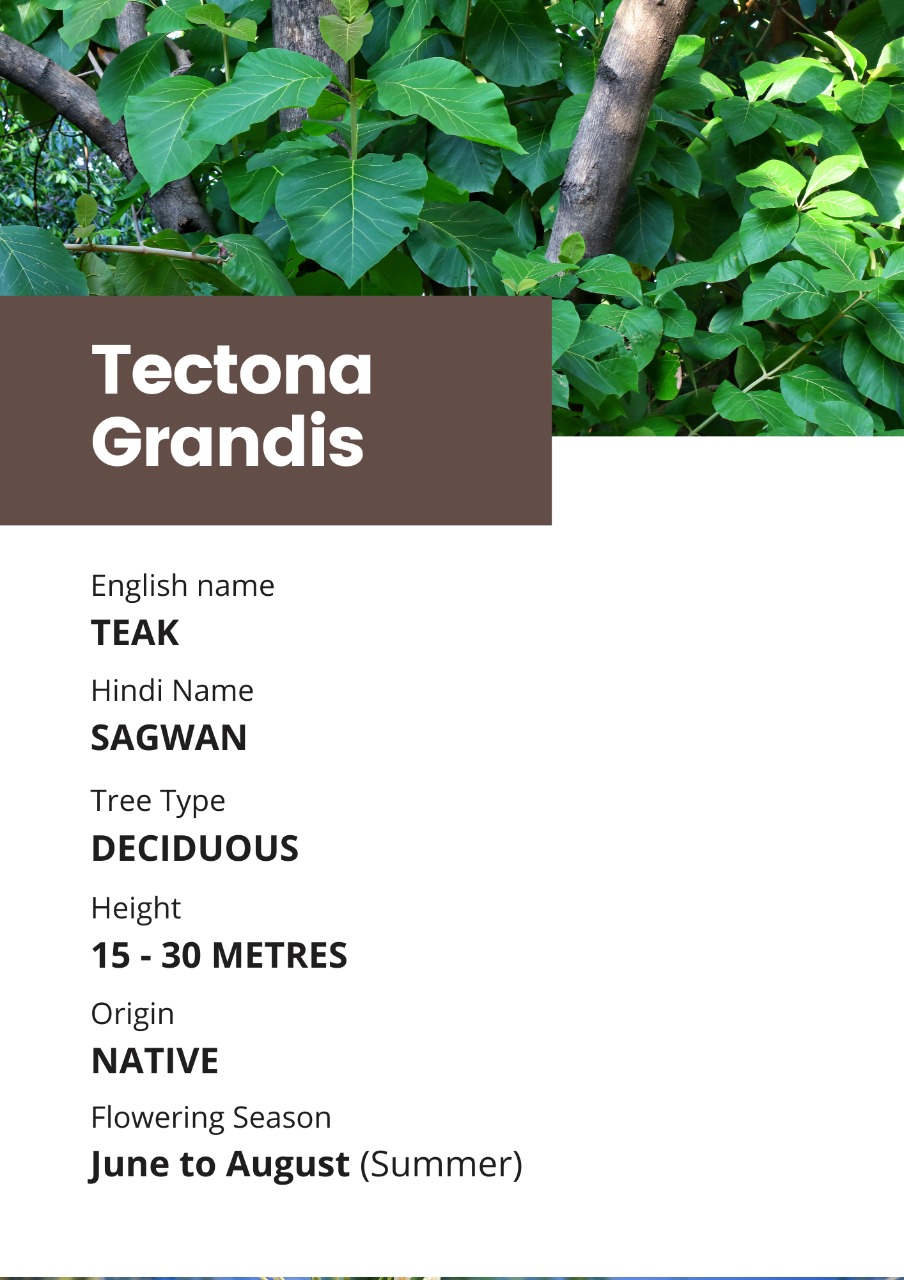 Common Name: Tectona grandis is commonly known as teak in English and sagwan in Hindi.

Flowering period: Teak flowers from June to August in the summer season.

Habitat: Tectona grandis is native to south and southeast Asia but has been naturalised and is now cultivated in Africa and the Carribean as well. Teak is believed to have genetically originated from India and Myanmar. The tree is mostly found around the Vindhyachal range in Central India and also in the Kota district of Rajasthan.

Uses: It is used for boat building, construction, furniture, carvings and a lot of other small wood projects.  Teak is used extensively in India to make doors and window frames, furniture, and columns and beams in homes. It is resistant to termite attacks and damage caused by other insects. It is grown extensively by forest departments of different states in forest areas. Leaves of this tree are also used to make jackfruit dumplings, wherein batter is poured into the leaves and steamed.

Key features: Teak is a tropical hardwood tree species typically found in mixed hardwood forests. It is large and deciduous and has fragrant white flowers arranged in dense clusters at the end of its branches. These flowers contain both types of reproductive organs, i.e they are bisexual. The tree also has large papery leaves which are usually a little hairy on the lower surface. Teak wood has a leather-like smell when it is freshly milled and is particularly valued for its durability and water resistance. 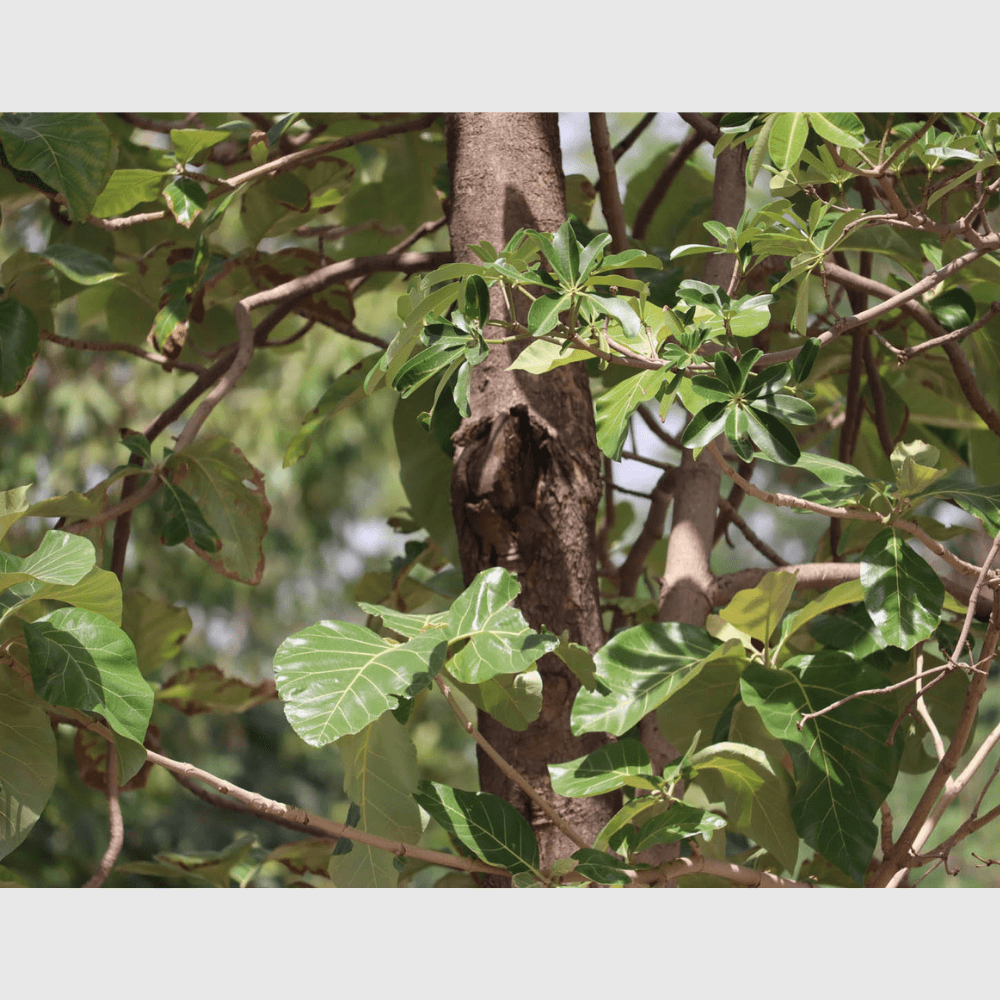 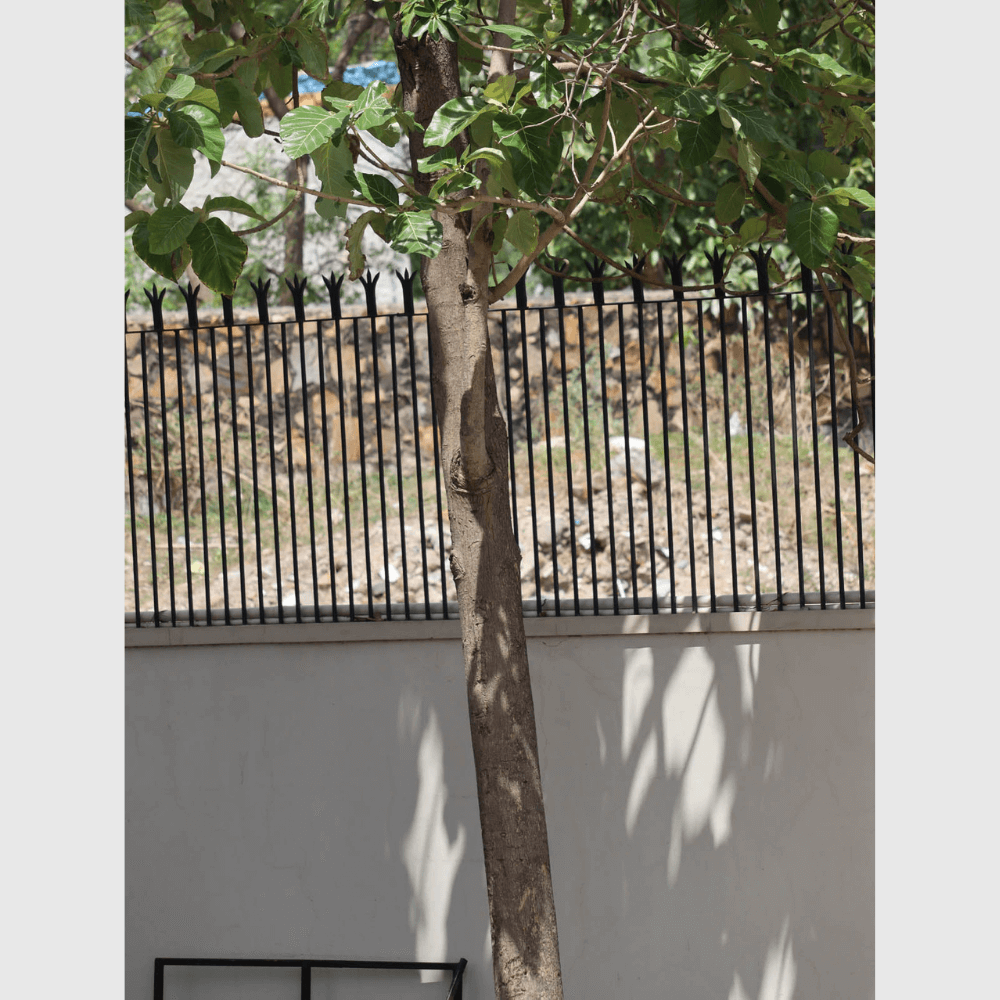 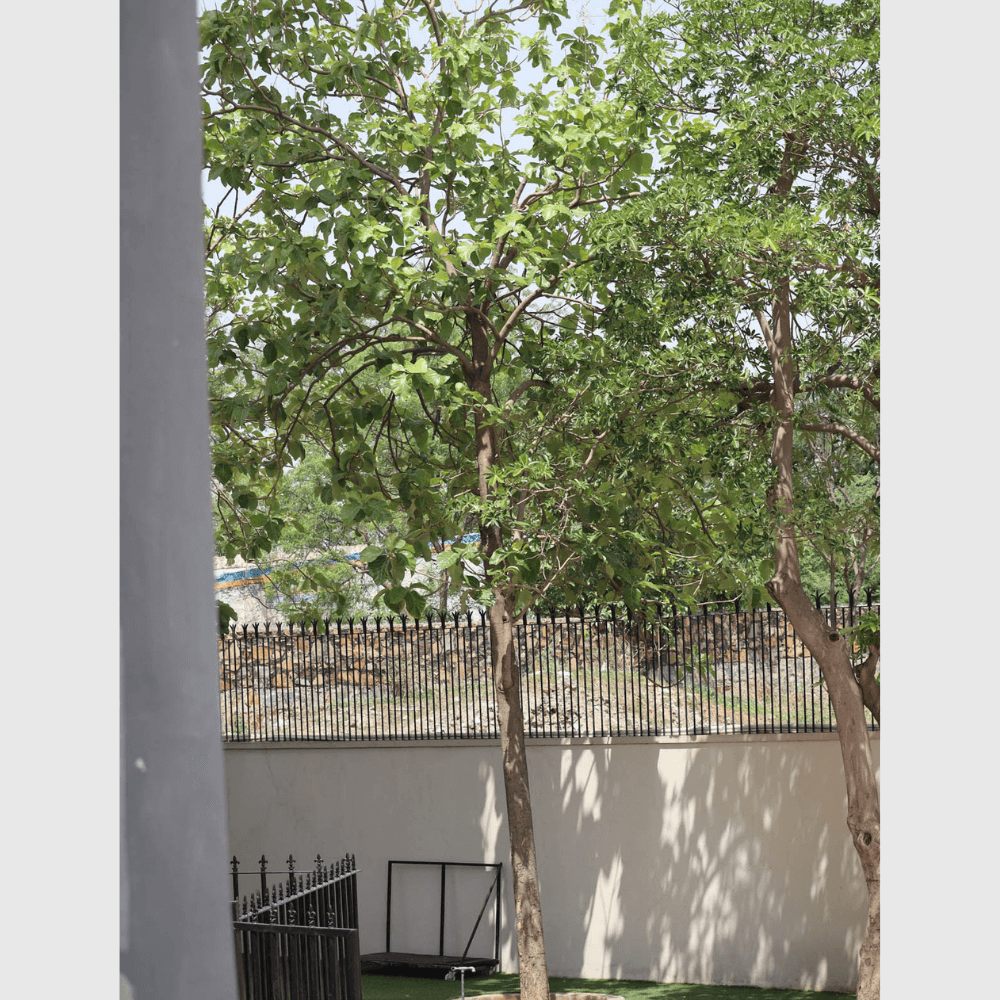 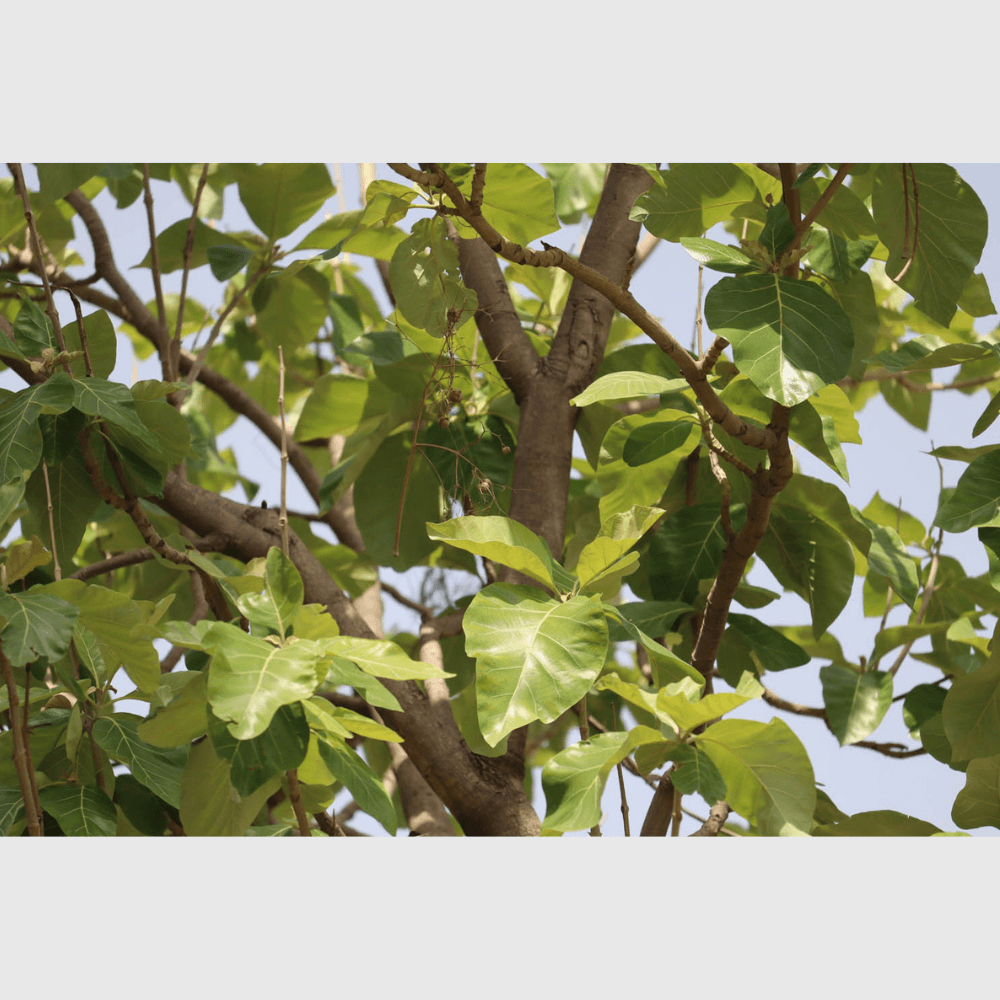