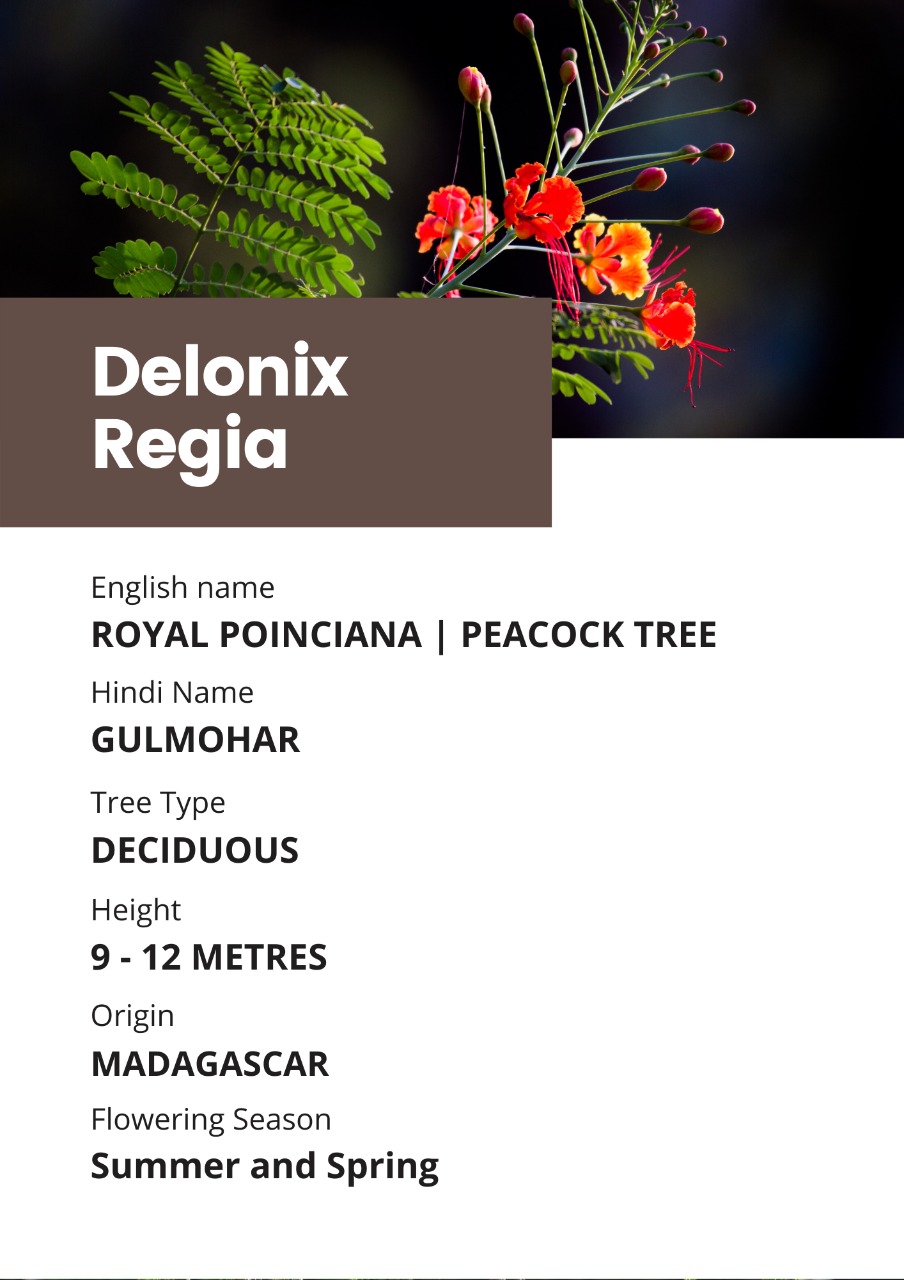 Family: Gulmohar belongs to the family of Legumes.

Common Names: Delonix Regia is commonly known as the Peacock flower tree or Gulmohar in Hindi.

Flowering period: The tree flowers in summer and spring.

Habitat: Even though Gulmohar is native to Madagascar, it blooms beautifully in the Indian climate and also acts as an invasive plant in the state of Maharashtra.

Uses: The tree is most often used for ornamental purposes, which is why it is sometimes called the world’s most colourful tree. The Methanol extract of its leaves lowers blood glucose level and is thus used as an anti-diabetic drug. The leaves protect the liver from toxins and also show antibacterial and antimicrobial activities.

Key features: Gulmohar is a 30 to 40 feet tall deciduous tree. Despite having a weak bark, the tree is popular thanks to its flamboyant scarlet flowers, which are neatly arranged at the ends of its branches and give off a delicate fragrance.

Gulmohar is considered sacred in the state of Kerala. It is believed that when Jesus was crucified, his blood was poured on the flowers of Gulmohar, giving them their striking red colour. 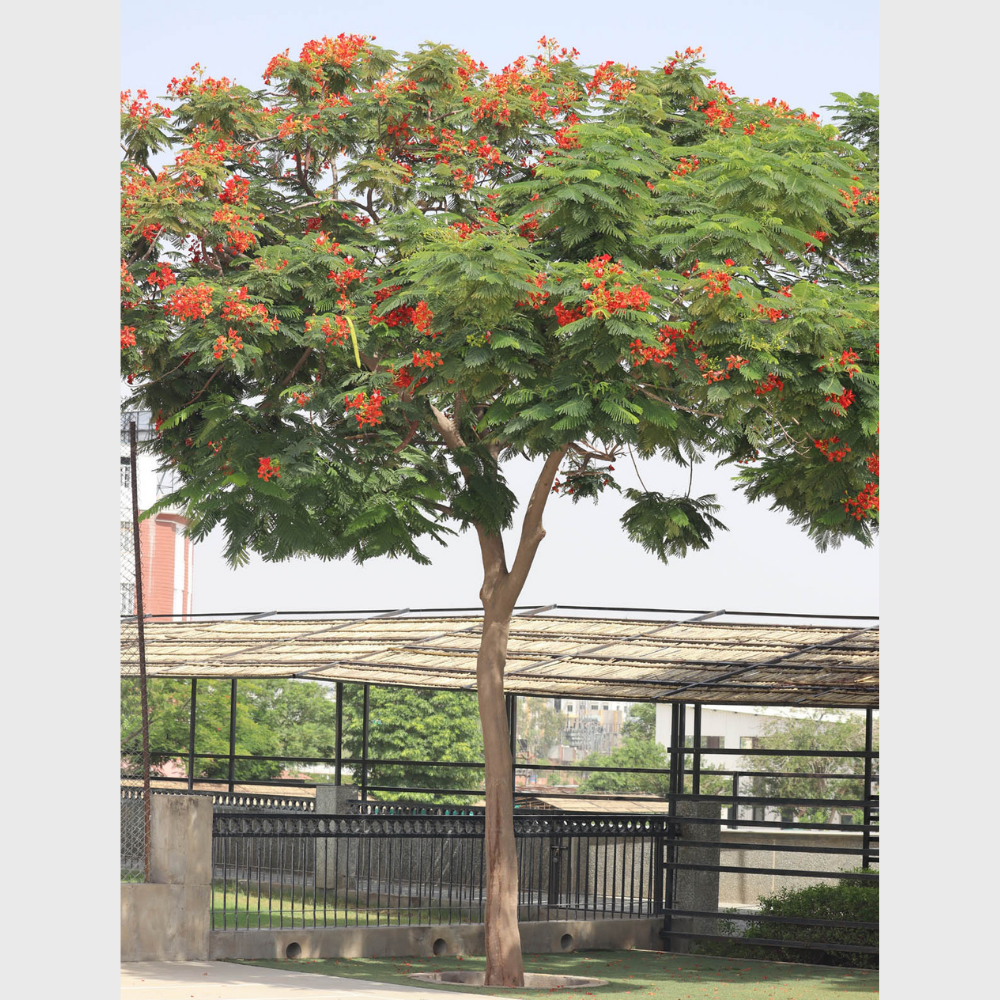 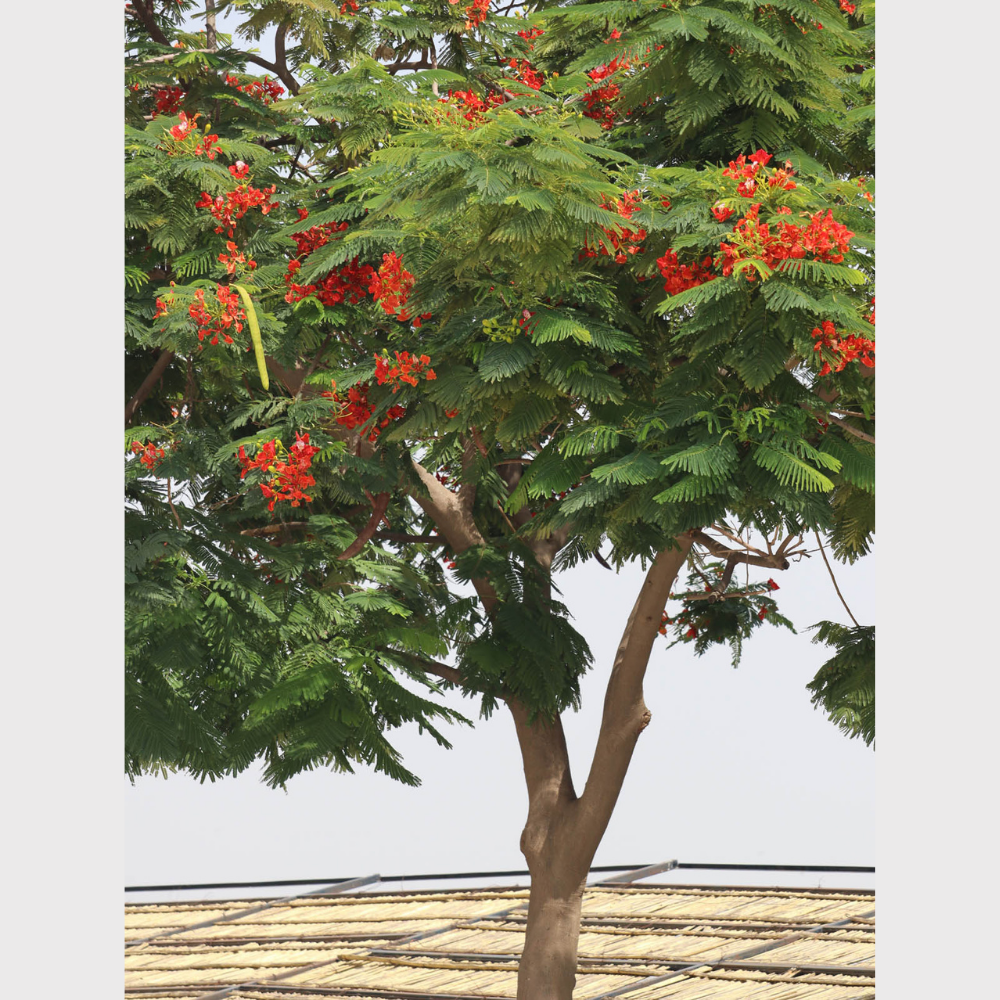 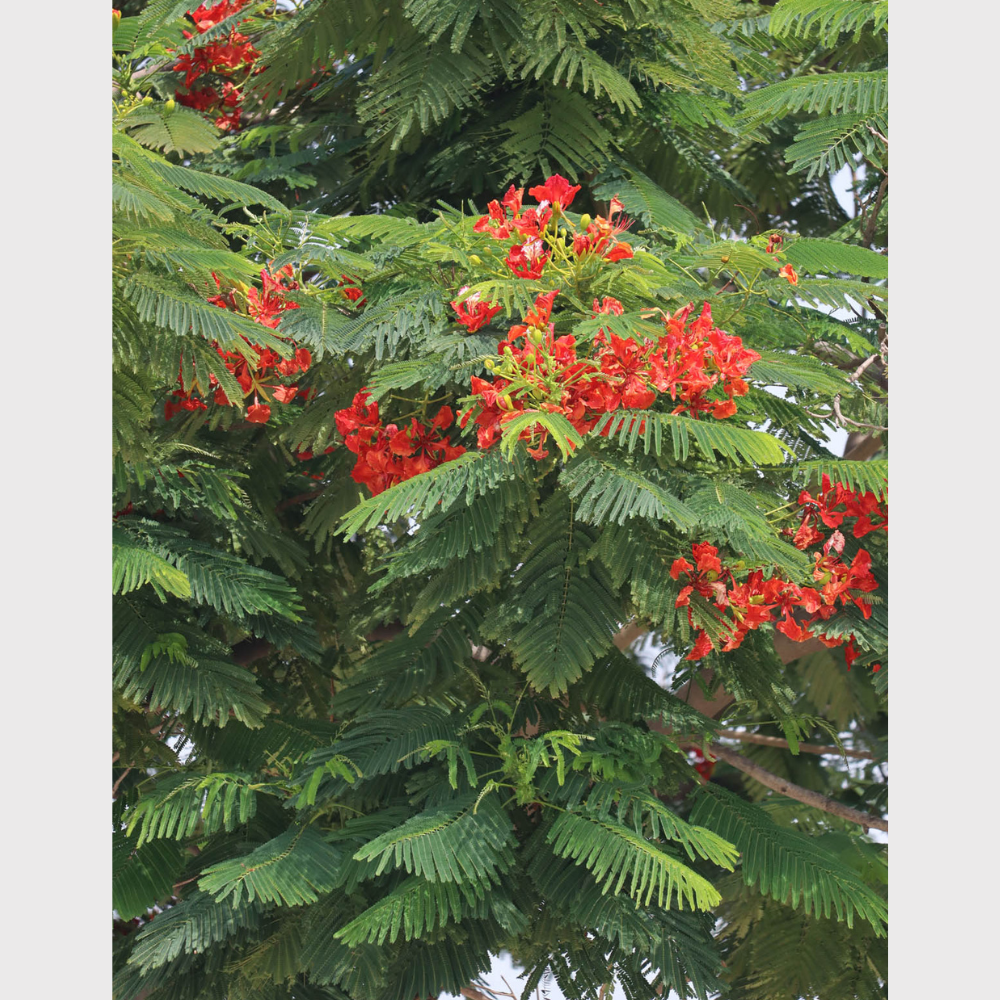 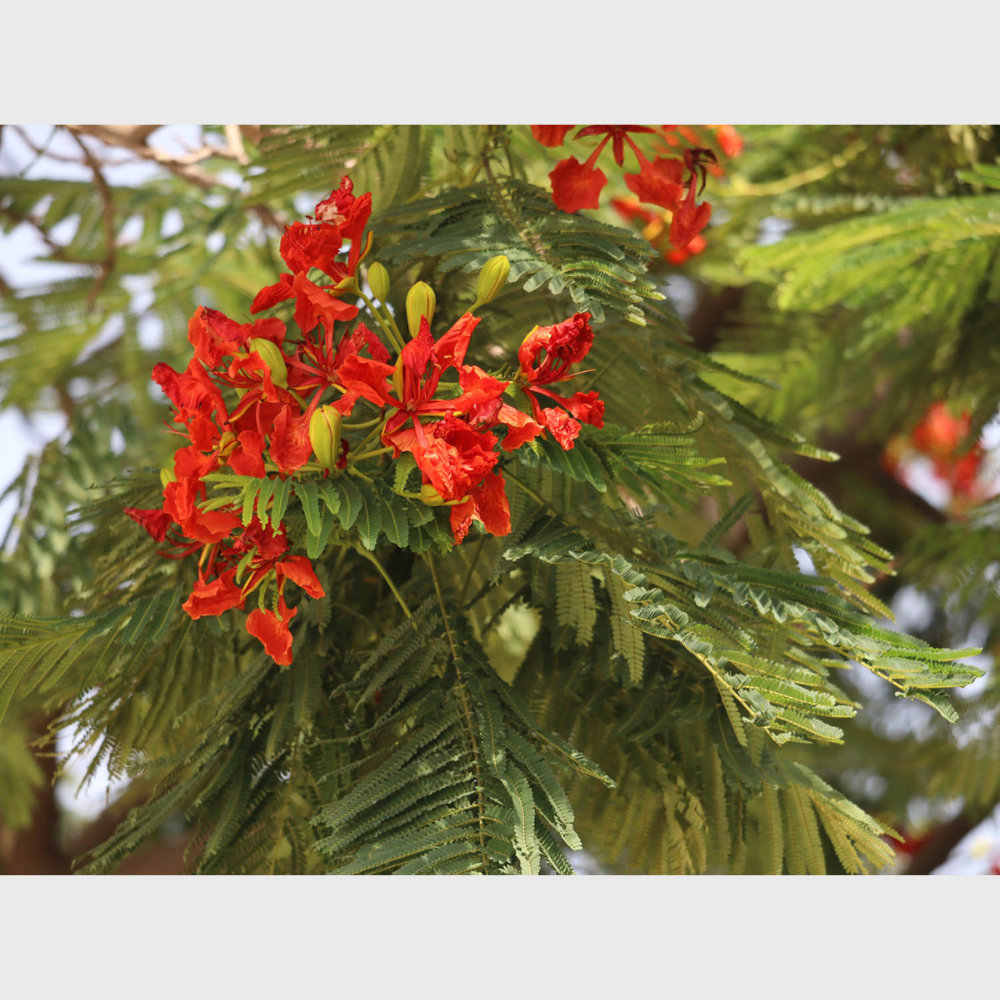 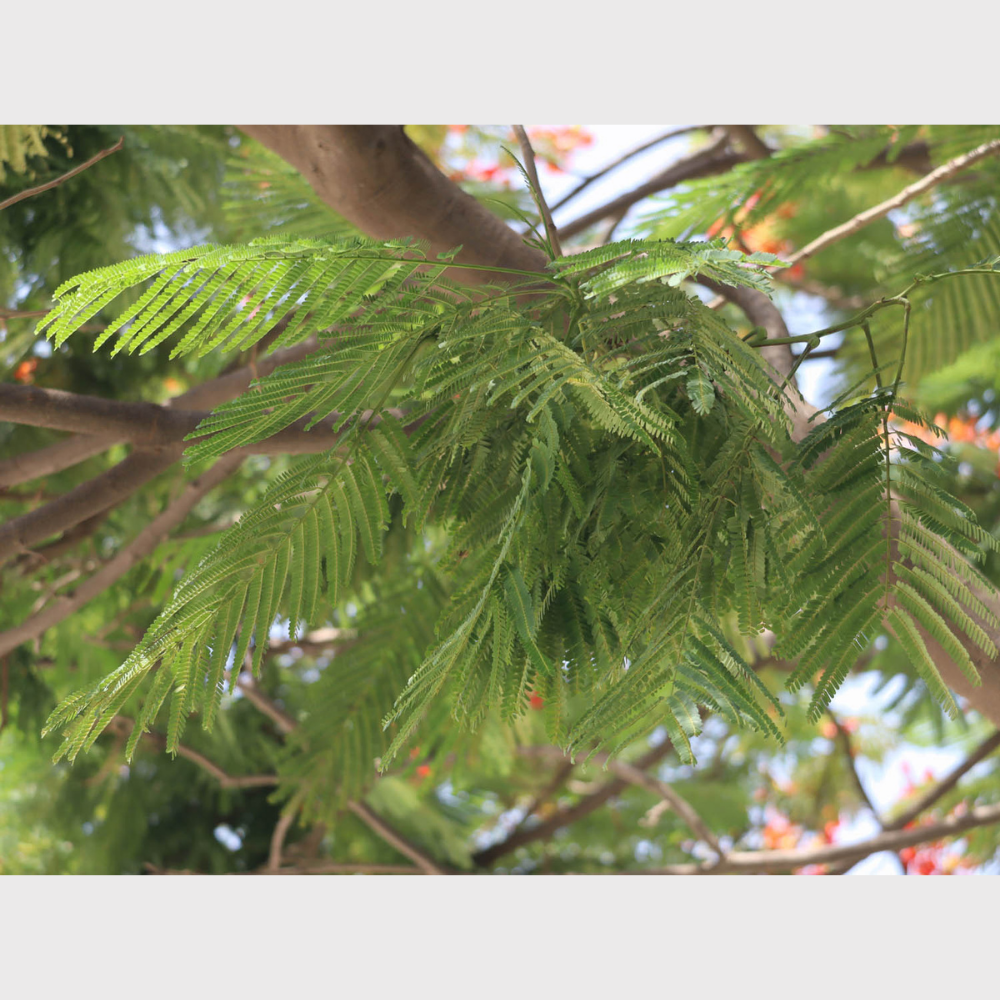 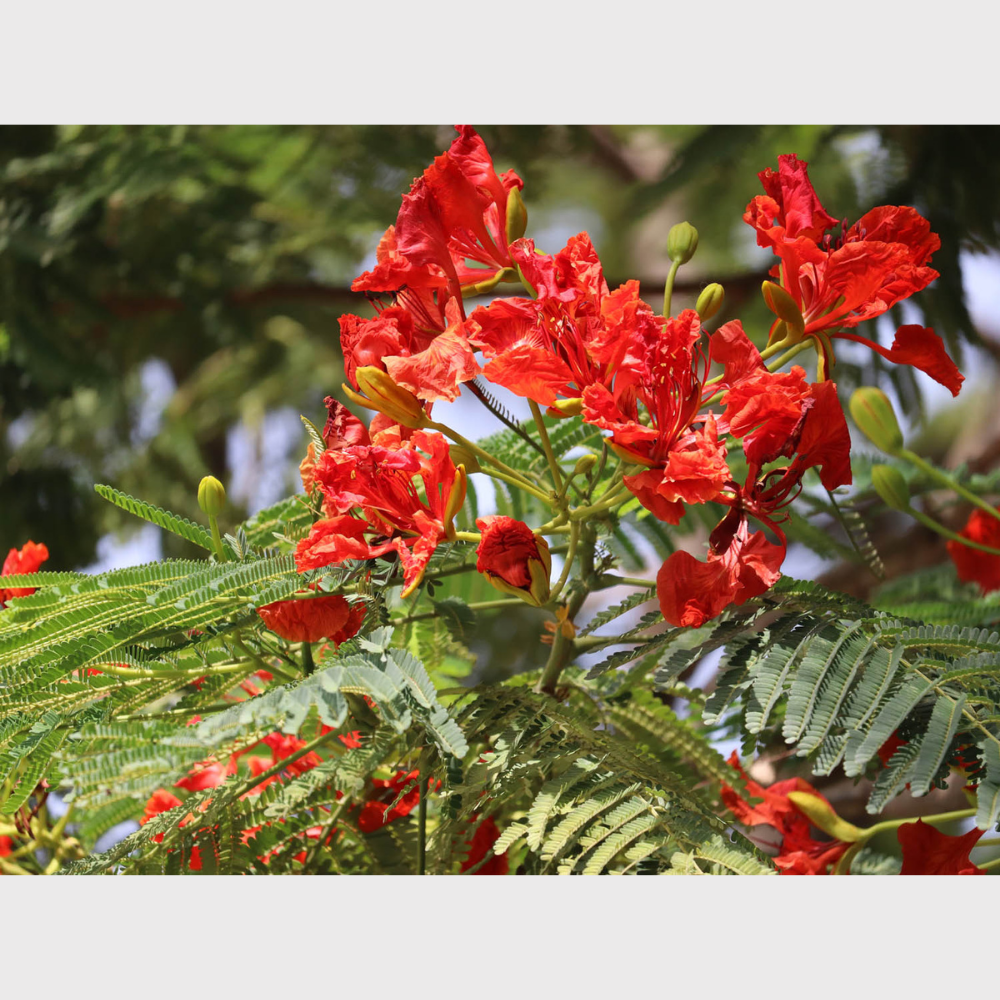 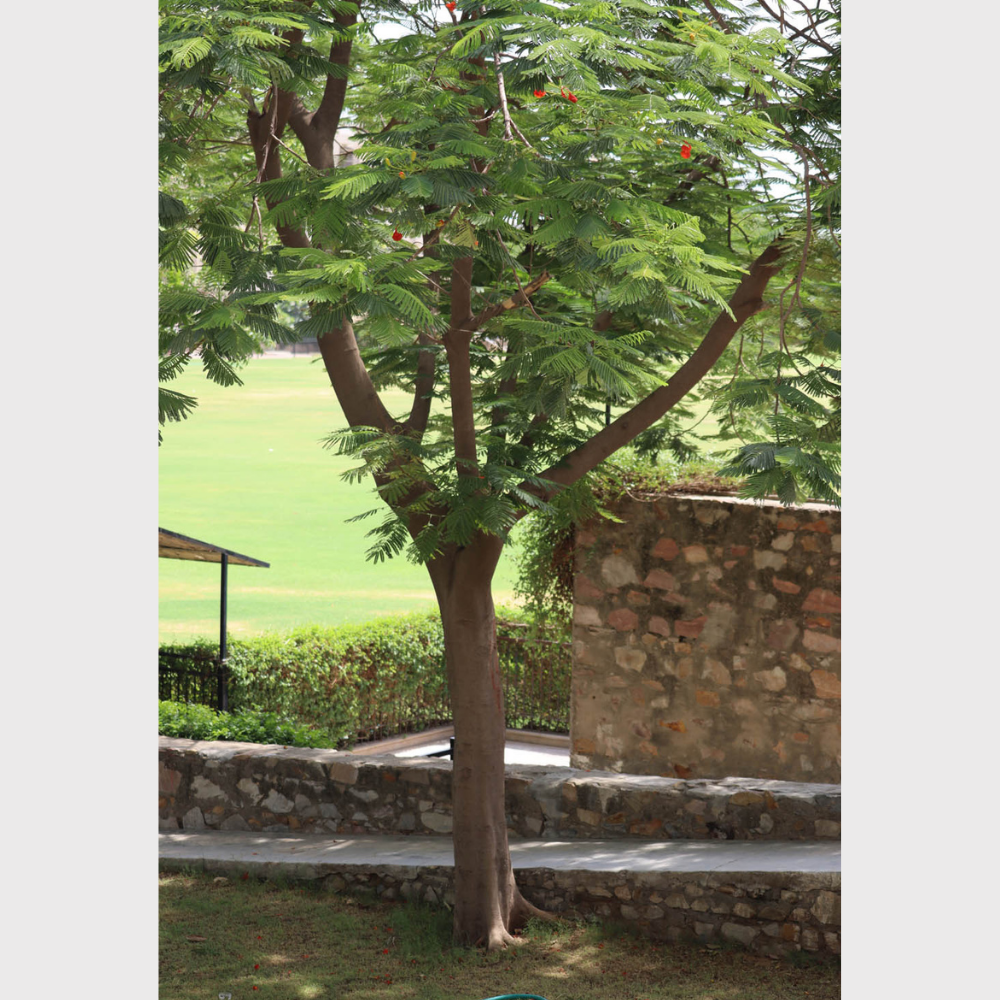 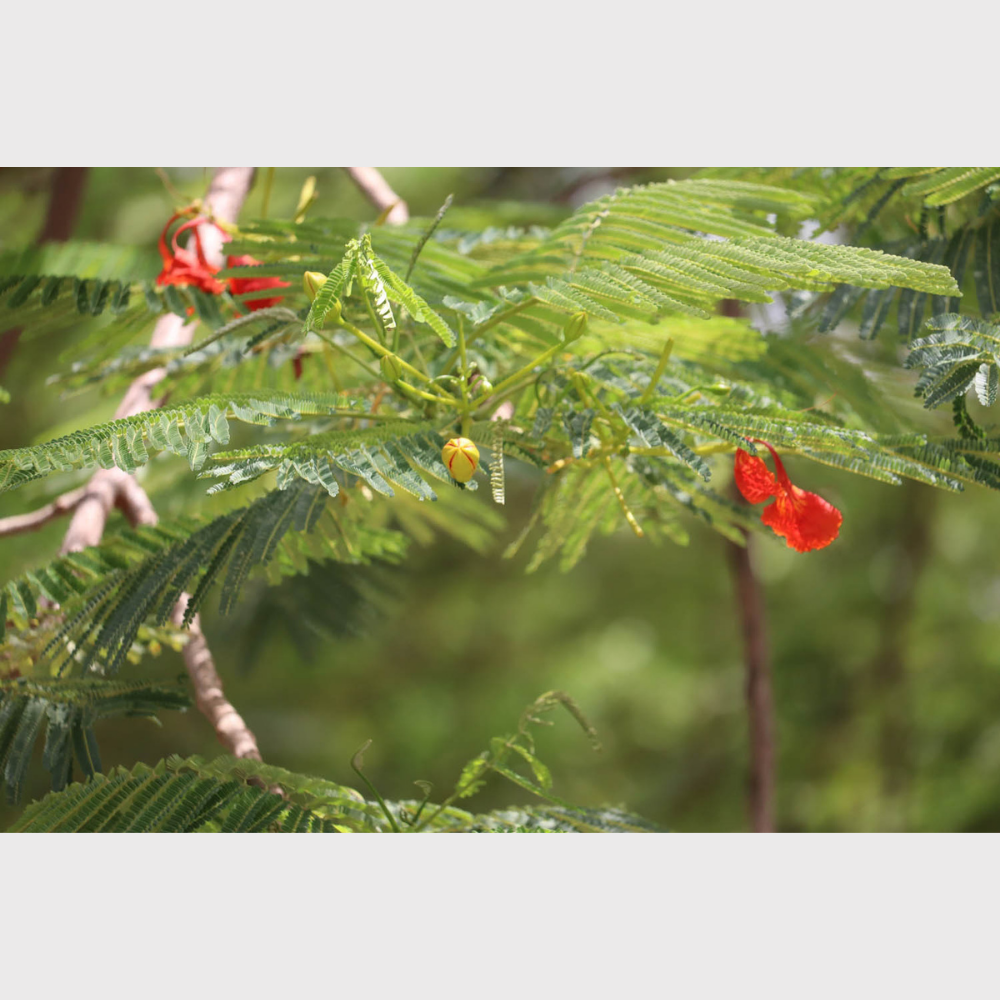 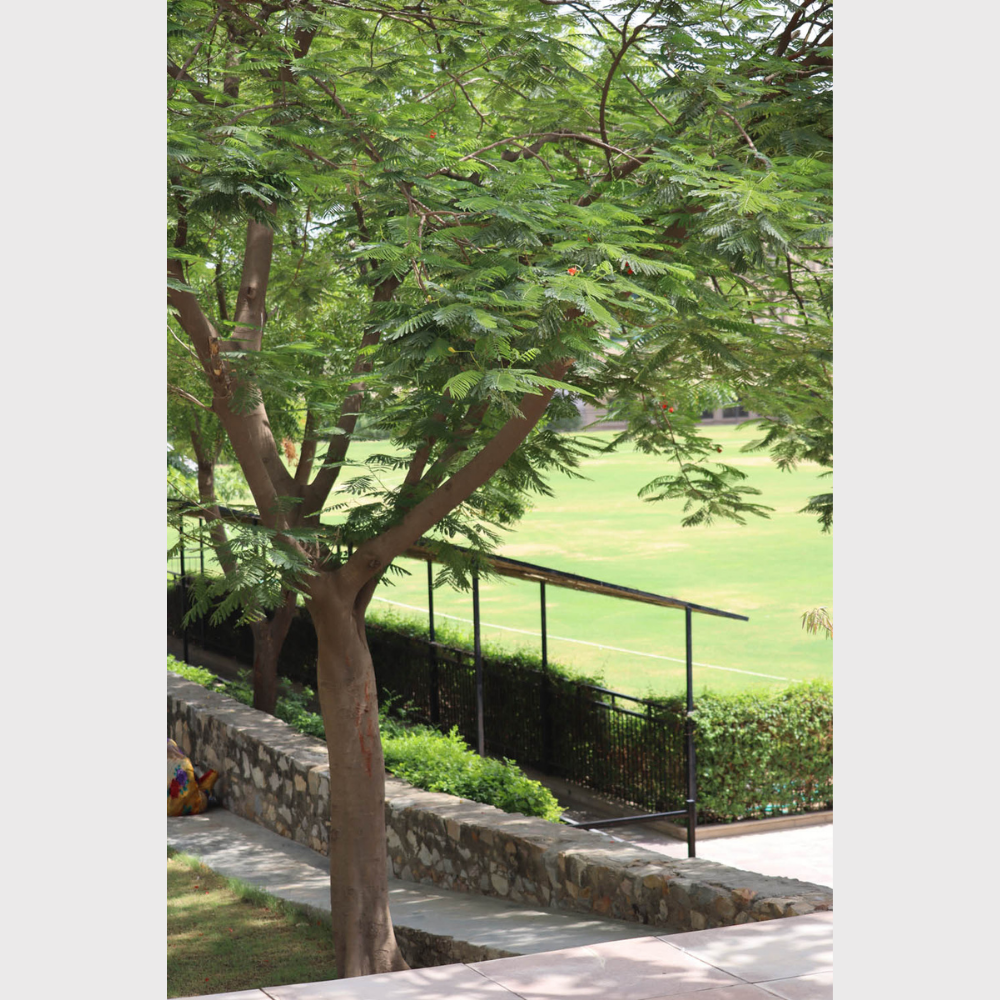 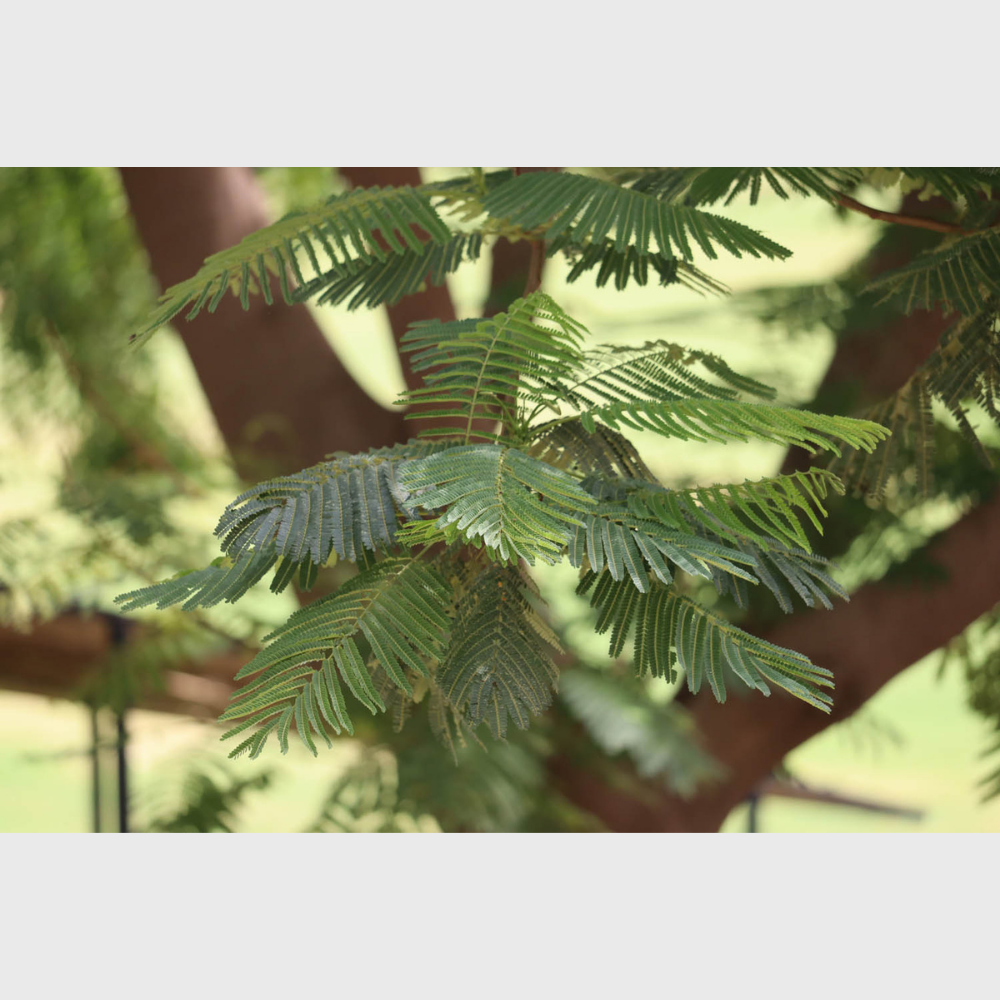 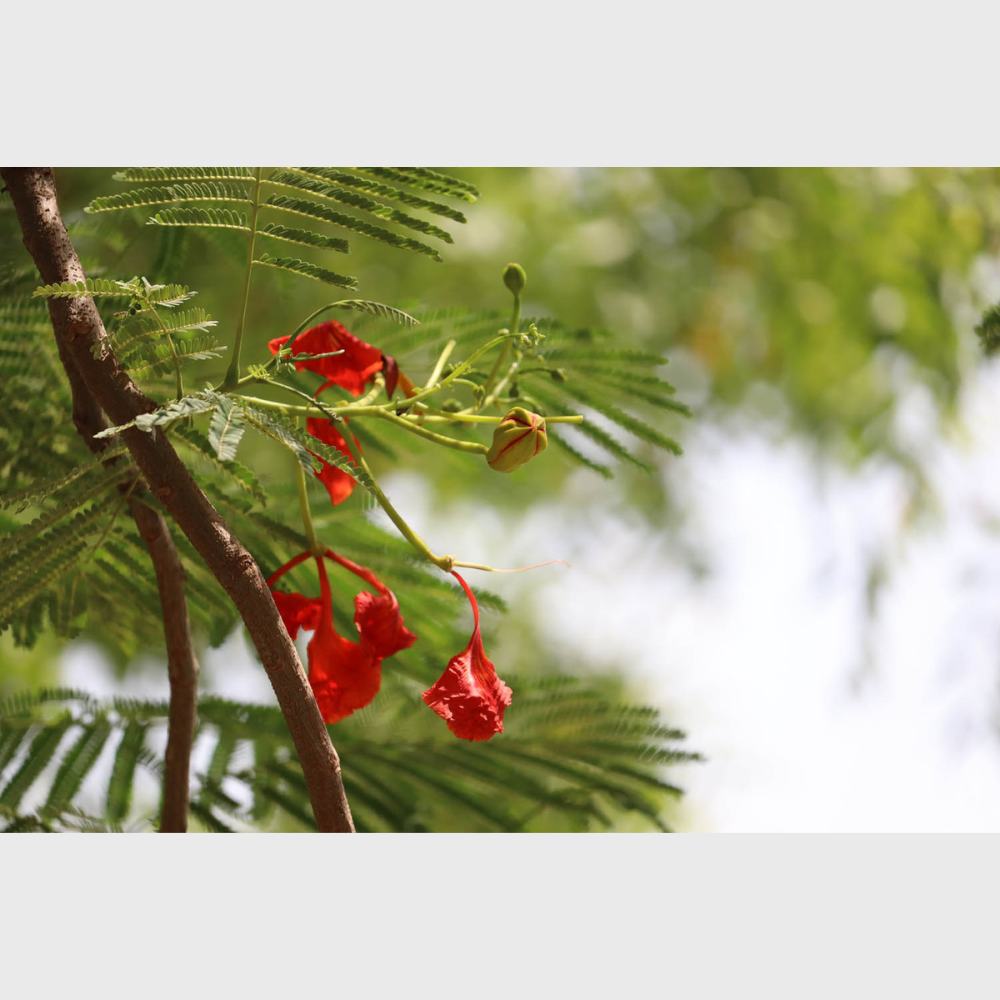