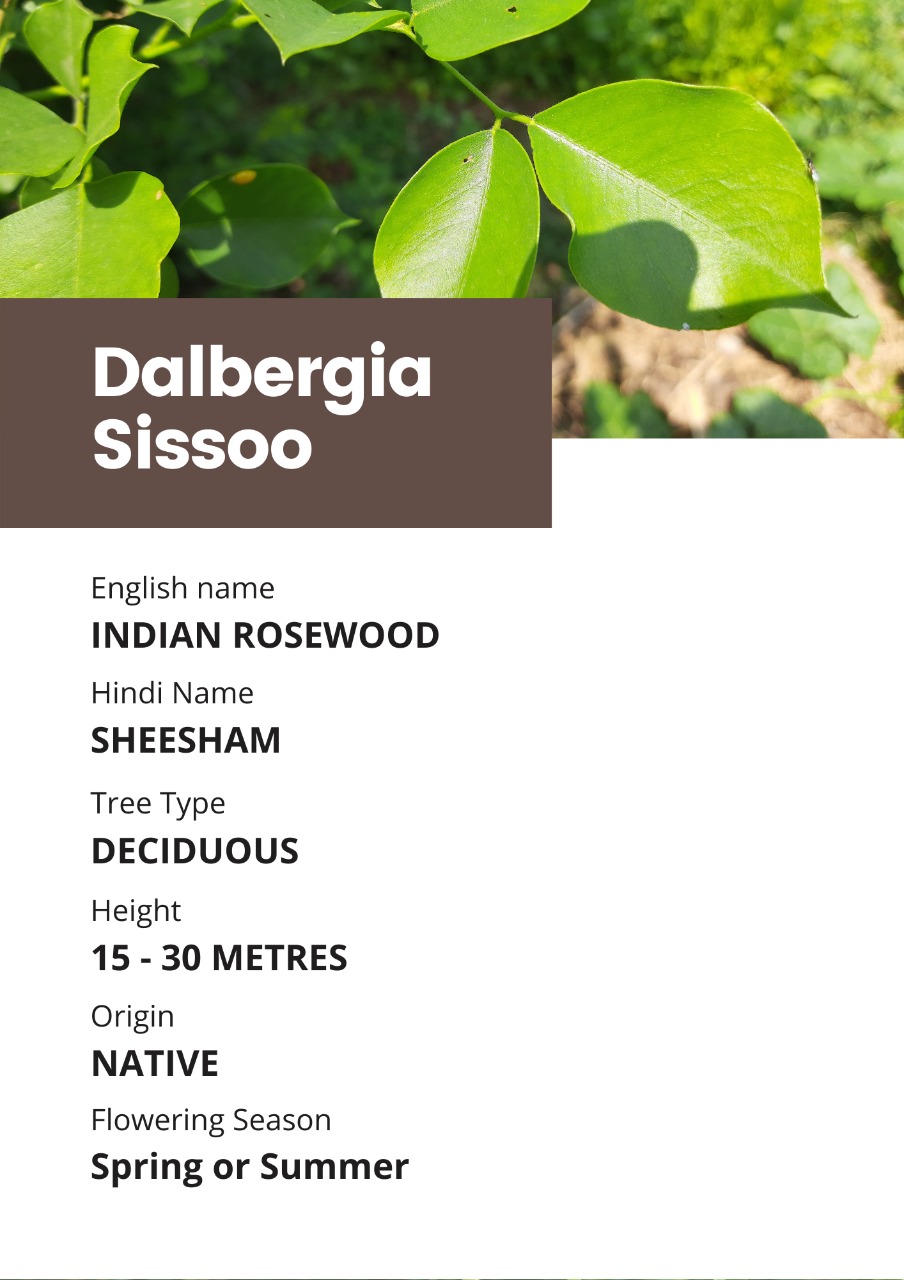 Family: Dalbergia Sissoo belongs to the family of Legumes

Common name: It is commonly known as Sheesham or Indian rosewood.

Flowering period: It flowers in spring or summer

Habitat: This tree is native to the Indian subcontinent and countries like Myanmar. It has a high ability to adapt to different environments and can be grown in a variety of soils.

Uses: Sheesham is used as firewood and is often cultivated for its timber. It also plays an important role in erosion control. The seeds of the tree are used to extract oils and the bark is used for producing tannins. Dalbergia sissoo, Shisham or Shimshapa is used for the treatment of obesity, vitiligo, fever, non healing wounds, ulcers, intestinal parasites etc. It is also used as a toothbrush in many countries.

Key features: Sheesham is a medium to large tree which is 10 to 15m long in dry areas and 30m high in wet areas. It is a deciduous tree that usually contains a light crown and crooked trunk. It has leaves with five alternate leaflets, with each leaflet having a wide base and narrow pointy tip.  The tree has pinkish white pea-shaped flowers occurring in dense clusters on short stalks. The fruit is in the form of a flat, thin and papery pale brown pod. Seeds are visible from within. This tree can be vegetatively propagated through suckers coming out of the root system.