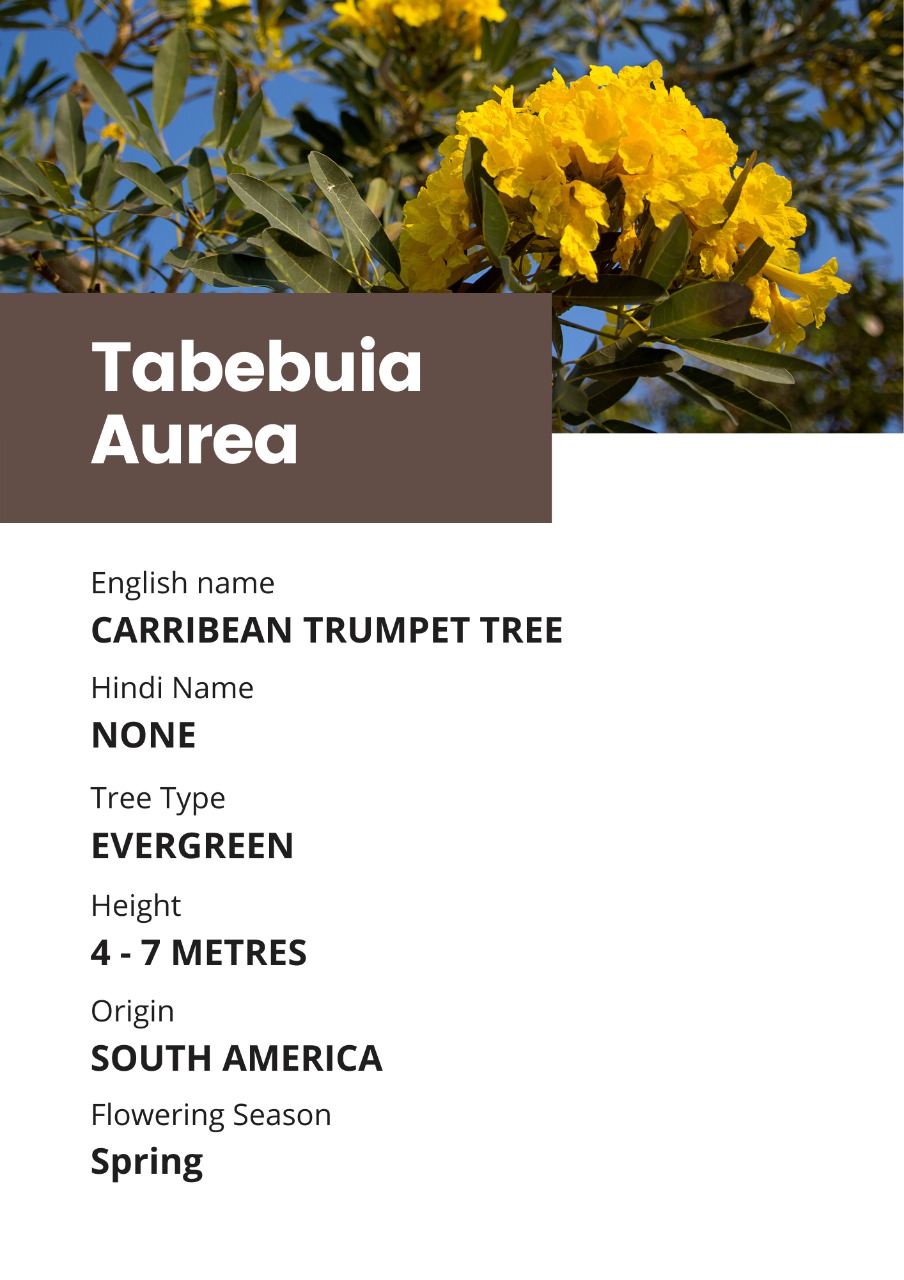 Common Name: The tree is commonly known as the caribbean trumpet tree or silver trumpet tree.

Flowering period: It flowers prominently in spring but continues to flower throughout the year.

Habitat: The tree is native to South America.

Uses: It is mostly used as an ornamental plant, and also plays a major role in landscaping.  Tabebuia aurea is used in the treatment of bronchitis, grippes (viral diseases), anti- inflammatory agent and stem bark is used for treatment of cancer.

Key features: Tabebuia aurea is a beautiful blooming evergreen tree which is around 15 to 25 feet tall. The tree has a silvery foliage and bark, which contains deep furrows. The crown of the tree is usually asymmetrical with two or three major branches dominating the crown. The tree has a characteristic feature in its long and narrow leaves, which often help novices in identifying the tree. Sporadically throughout the year, they put on a brilliant display composed of a multitude of two to three-inch-long, golden yellow, trumpet-shaped blooms borne in terminal flower clusters. The tree often loses its leaves just before the flowers start to bloom. While the tree is easy to grow and blooms regularly, its soft wood makes it susceptible to damage from strong winds and other natural factors. The tree tends to grow much smaller when grown in deserts, savannahs or other dry areas.