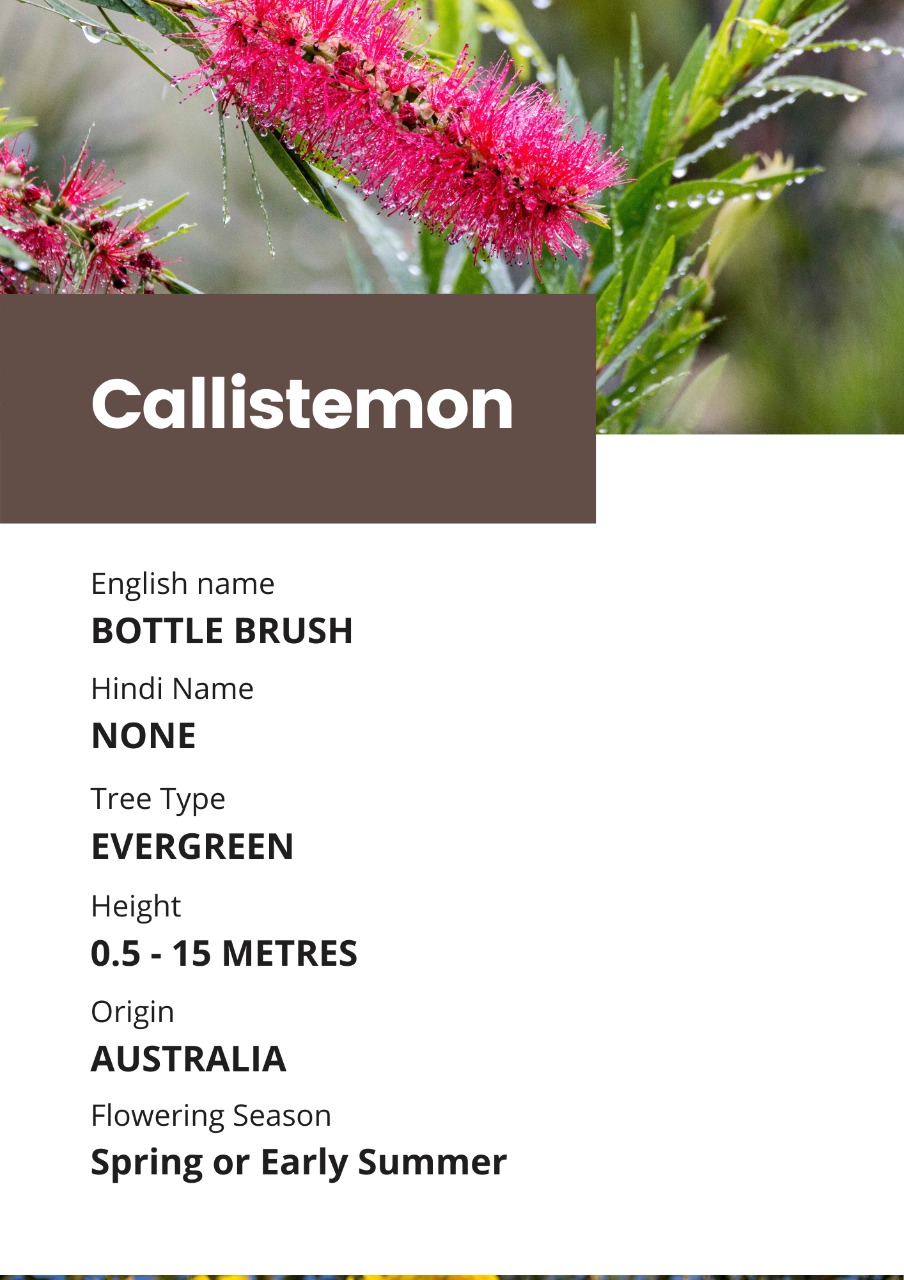 Common Name: It is commonly known as bottle brush thanks to its cylindrical brush-like flowers which resemble a traditional bottlebrush.

Flowering period: They normally flower in spring or early summer (October to December in the Southern Hemisphere).

Habitat: The tree is native to Australia but grows well in a variety of climates.

Uses: In India, bottlebrush plants/trees are grown in gardens. Their leaves have a lovely fragrance which gets released on crushing the leaves with hands and is used to make oils or scents. It is widely used as a landscaping plant due to mostly to its adaptability; hardiness and the stunning flowers are a great attraction for native nectar feeding wildlife including insects, butterflies and birds. The plant is mostly used as a diuretic and for treating problems of the urinary tract, like urinary incontinence in children. Indigenous people in Australia also use the plant as a natural energy drink.

Key features: Callistemon is a genus of several shrubs  These species are cultivated either by cutting or by planting seeds. The most clearly visible part of the flowers are the stamens which act as the ‘bristles’ of the ‘brush’, with pollen grains at their tip. The petals of the flowers are inconspicuous. Flower head colours vary with species but most are red. The trees are slow growing but given time some of the larger species can grow upto 15m tall, whereas others reach only 0.5m in height. 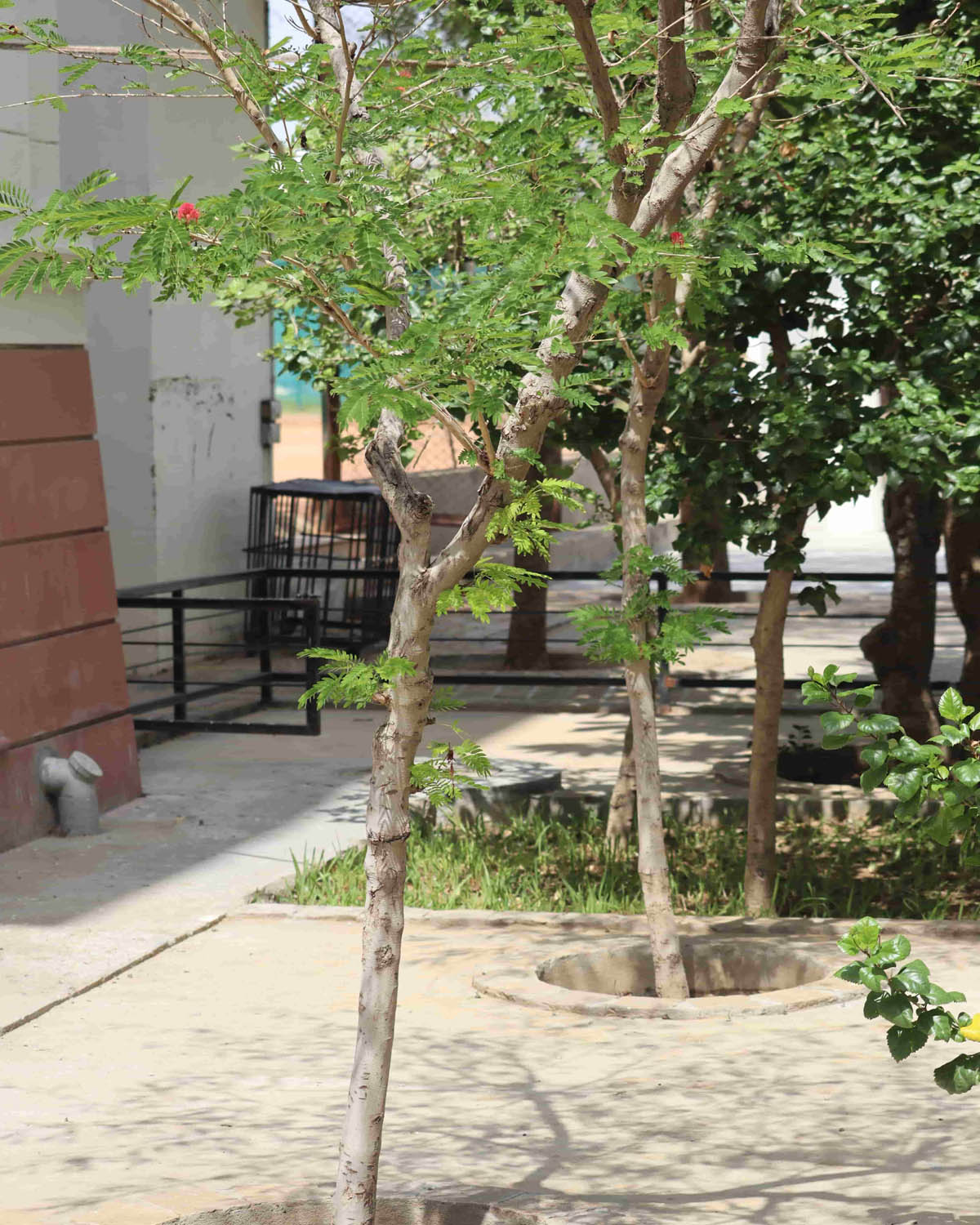 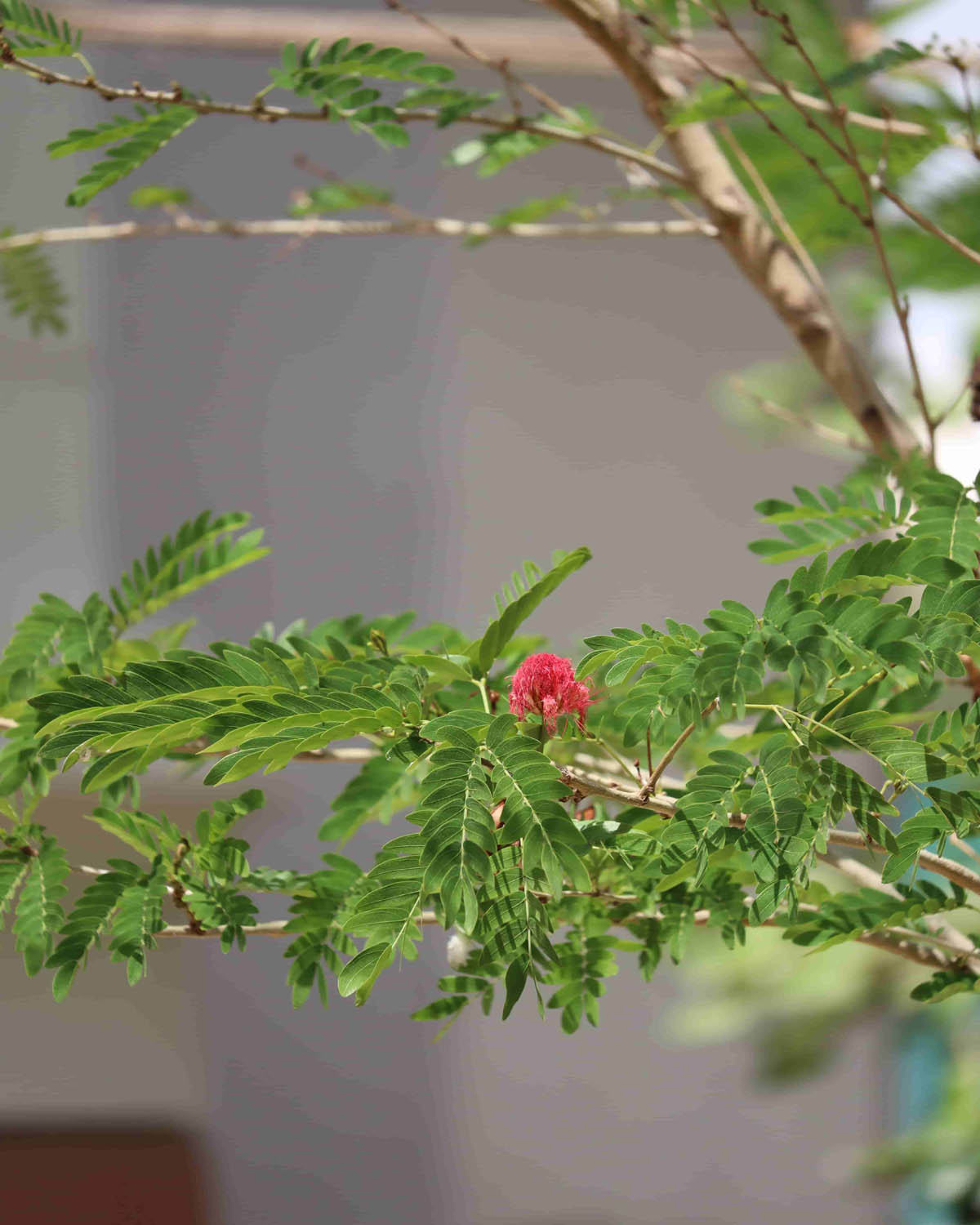 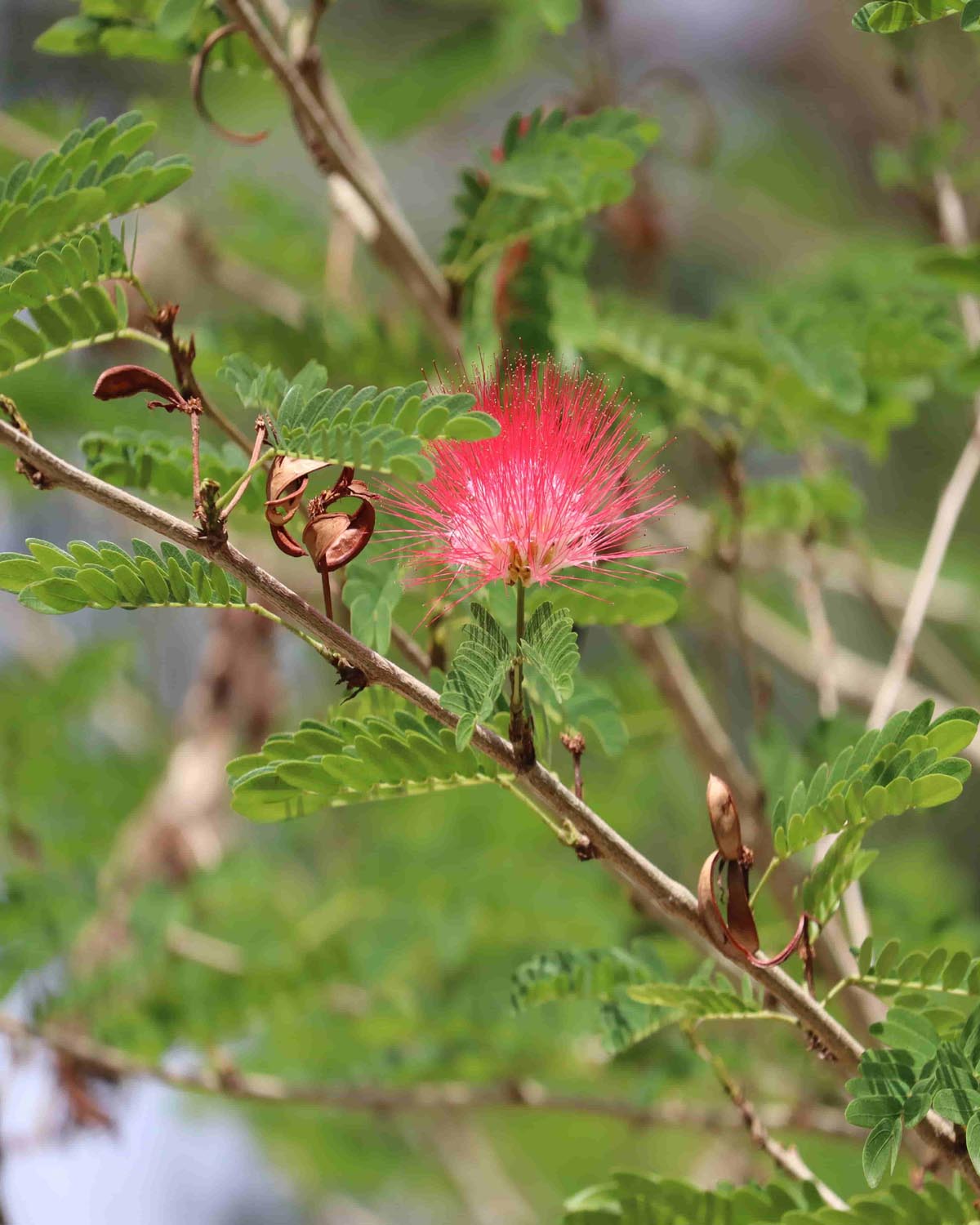 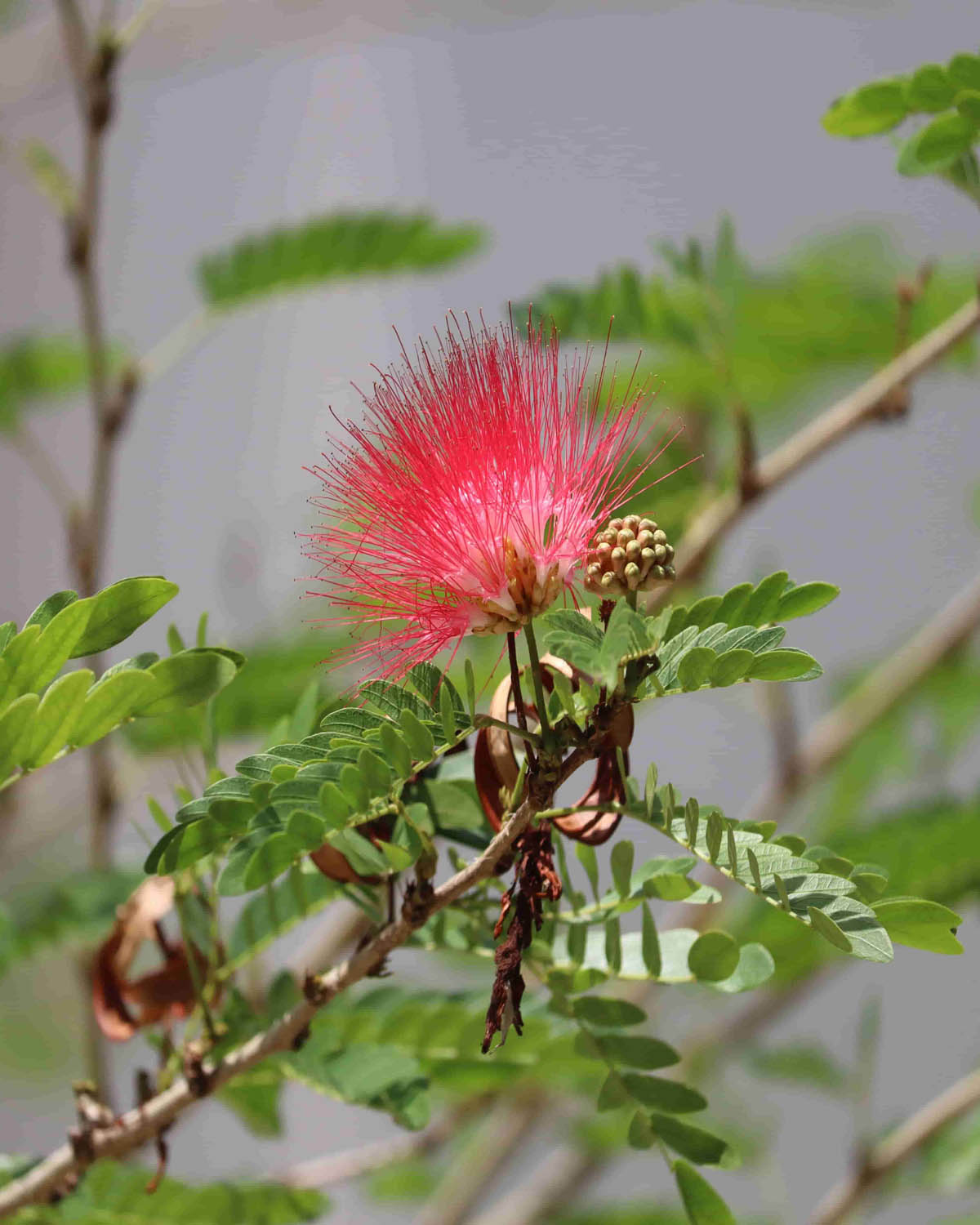 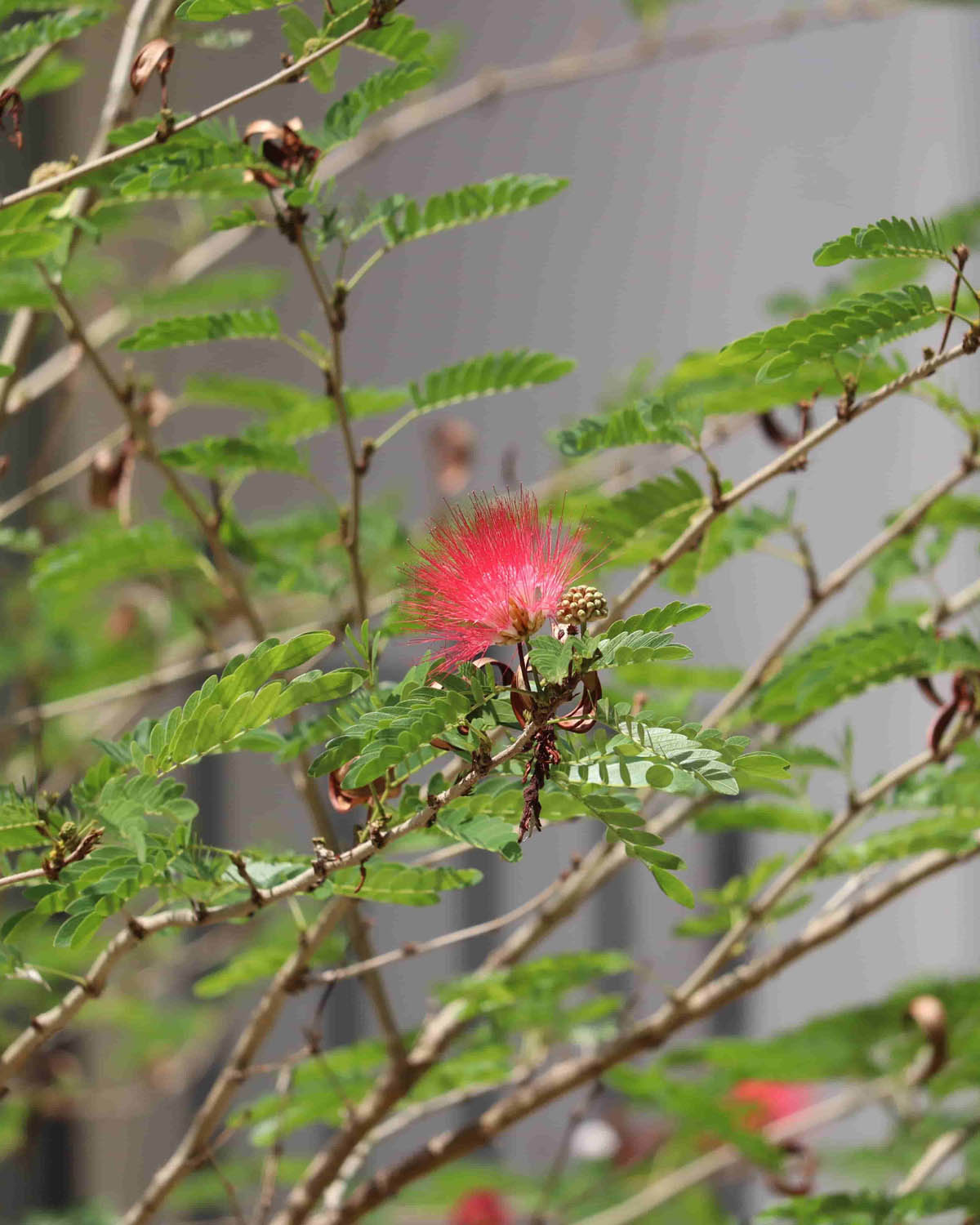 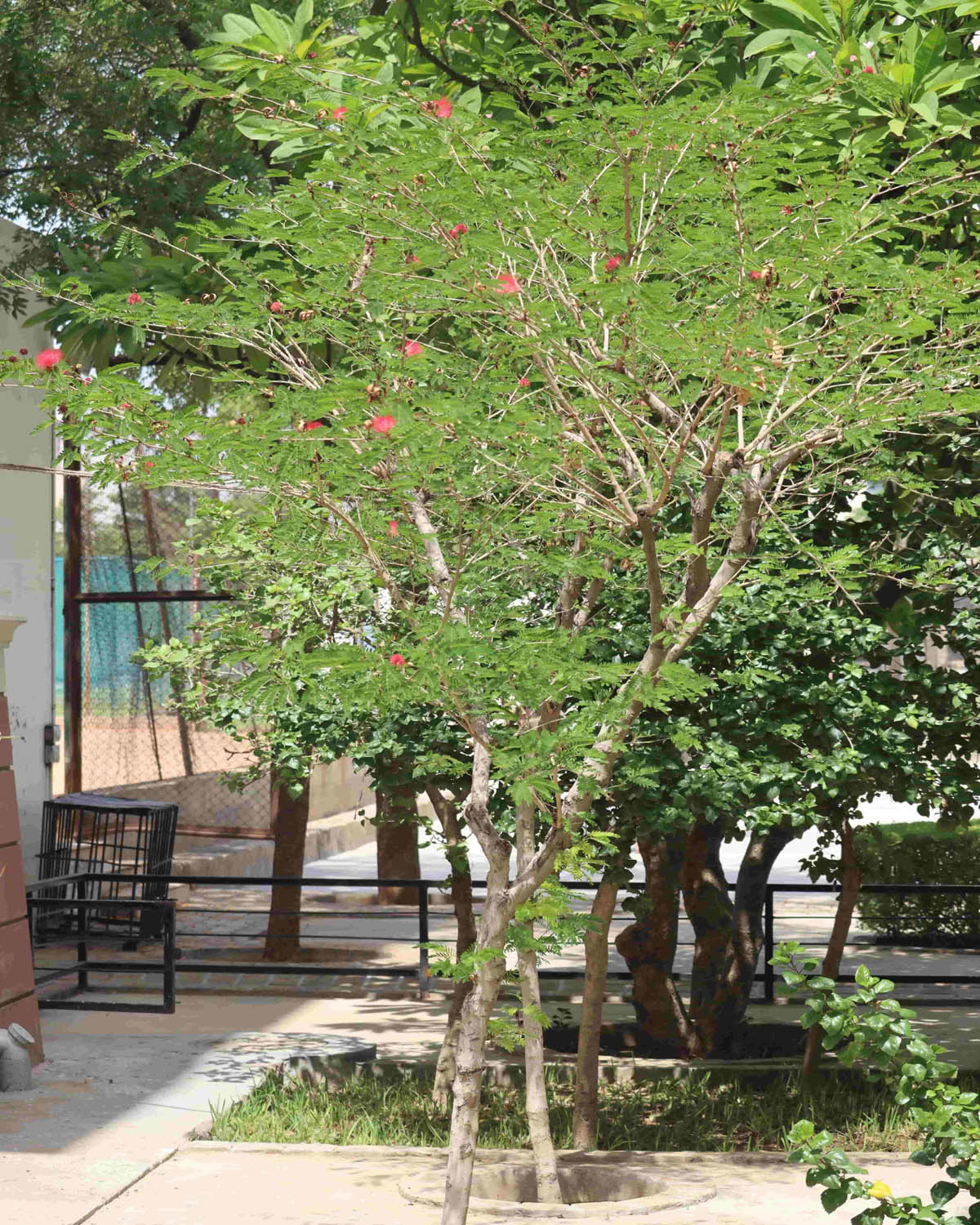