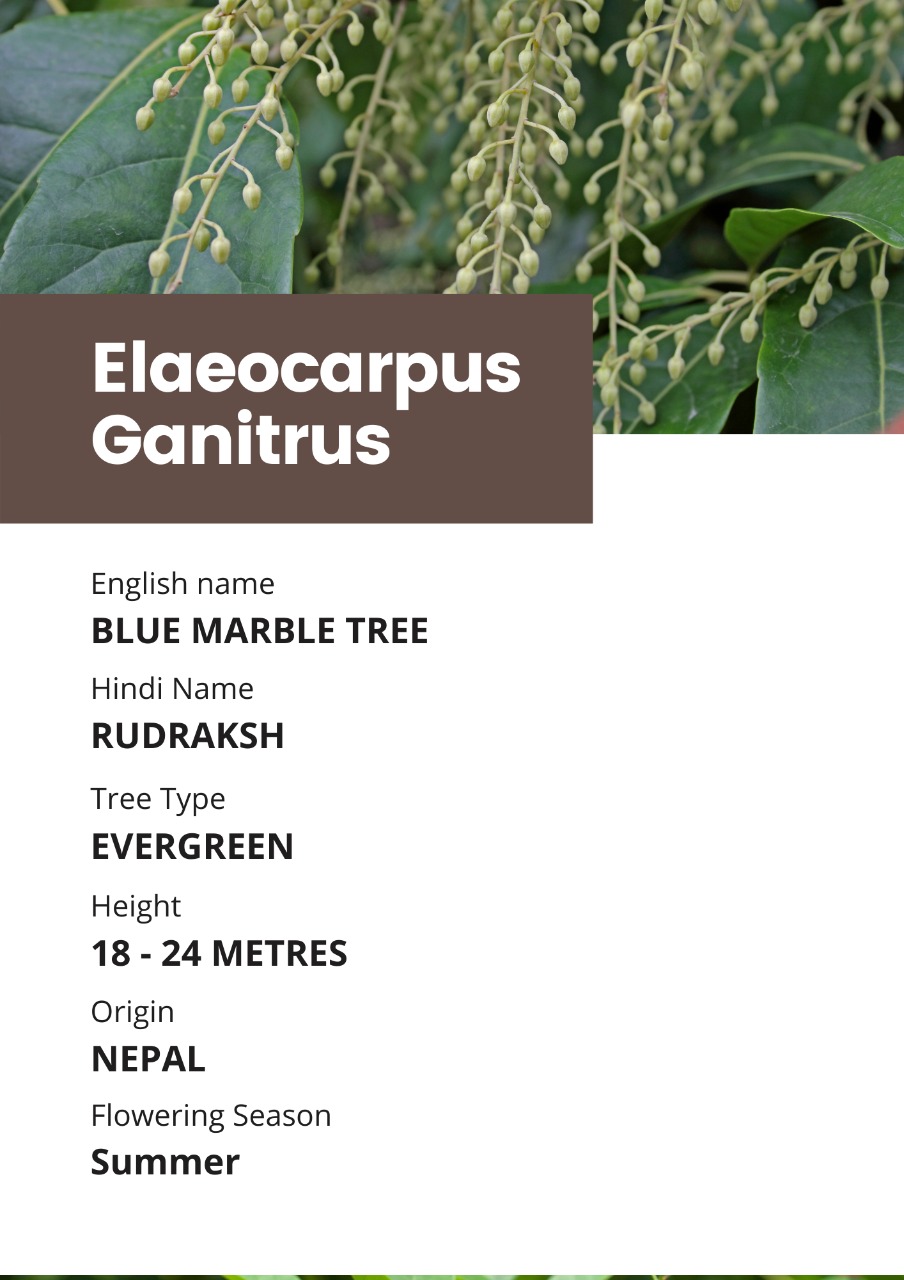 Common Name: It is commonly known as the Rudraksh tree

Habitat: The tree is native to India but grows well in the countries of the Indian subcontinent due to a similar climate.

Key features: Rudraksha is a large evergreen broad-leaved tree that grows around 18-24m tall. The tree is fast-growing and starts producing fruits in three to four years. As the tree matures, the roots start to rise up from the soil around the trunk of the tree and radiate outwards along the surface of the ground.  Rudraksha seeds are covered by an outer husk of blue colour when fully ripe, and for this reason are also known as blueberry beads. The blue colour is not derived from pigment but is structural.  Its leaves resemble those of the tamarind but are longer. It yields between 1,000 and 2,000 fruits annually. These fruits are also known as Amritphala, which means ‘fruits containing nectar’ in Hindi.